The creation of law is traditionally associated with a nation’s public institutions such as their courts or legislative branch. However, when it comes to the internet, global private corporations are playing an increasingly prominent role in regulation. For example, internet service providers like AT&T or Bell have the power to control a person’s physical access to the internet. Giants like Facebook and Google, who govern the intermediation of information and communication, single-handedly transform copyright and antitrust law. These are not public institutions or government agencies. They are private corporations who provide a service to users through private law contracts, forming a transnational network of contracts beyond any one country or existing international treaty. Bodo Bützler, a PhD student in philosophy at the University of Cologne is studying the transnational legal phenomenon of the internet, often referred to as the lex informatica.

Since global internet norms and standards are created largely through private contracts between users and service providers, they lack the traditional public sources of legitimacy. The transnational legal order of the internet is also divorced from the internal policies of a particular nation or international treaties between countries. So where does transnational law derive its legitimacy from? First, we have to think about where any law derives its legitimacy from.

There are several ways to create legitimate law. For example, political institutions like parliaments and senates, are authorized to pass laws because they represent the idealized “will of the people”. Giving citizens equal voting rights also legitimizes the creation of new laws, as does the structured deliberation process that takes place before the final vote on the bill. But when we consider the type of global law being generated about the internet, there is no equivalent legislative institution, equal voting system, or structured deliberation process to lend legitimacy. Instead, the actors are harder to identify. Nations act to support their own self-interest rather than global interests as they are often in competition with each other to attract powerful transnational private partners. As a result, the creation of transnational internet norms and standards happens unmediated through the networks of contracts between private actors.

Through his research, Bodo wants to analyze the phenomenon of transnational law and develop justifiable standards of legitimacy for it. What are functionally applicable standards for assessing the legitimacy of transnational law? Are contractual relationships between users and service providers enough to constitute some basic form of legitimacy? Are we possibly witnessing autonomous processes which will gradually constitutionalize the lex informatica?

Ever since Bodo started university as an undergraduate at Princeton University he wanted to write a doctoral dissertation. “The dissertation represents the culmination of all your studies, years of acquiring knowledge, debating contested issues with fellow students and teachers, and interweaving your various academic interests such that areas of specialization develop,” he explains. The a.r.t.e.s. Graduate School of the Humanities Cologne was the perfect place for Bodo to realize his dream because of its interdisciplinary approach and focus. His PhD project is itself interdisciplinary, tackling a convergence of law and philosophy. He is able to regularly participate in interdisciplinary research colloquia and receive feedback from experts in other disciplines who bring a new perspective to his work. “Discussing your ideas, especially with people from outside your own discipline, forces you to extract the essence of your idea fragments, and then suddenly you become more receptive to all the other fragments in the vicinity,” says Bodo. “This is the process I find most inspiring.”

He advises graduate students to not get discouraged by mundane daily tasks and instead to concentrate on the long game. “The day-to-day research and, above all, the writing process are quite arduous and exhausting—at least to me. But when you manage to put together that argument you have been thinking about for days or when you finally succeed in weaving that tight seam between two interrelated arguments, those are sublime moments.” 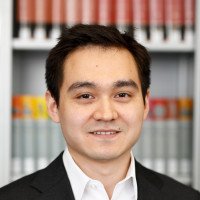 Bodo is a PhD student in philosophy at the University of Cologne. He studies the transnational legal phenomenon of the internet, often referred to as the lex informatica. 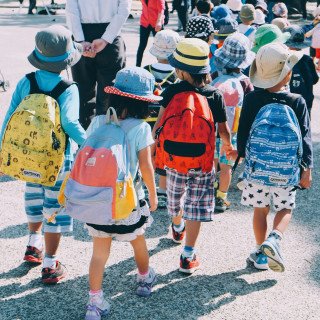