“I certainly never intended to go the academic route," remarks Robert Way, a postdoctoral fellow in northern environmental change at Memorial University of Newfoundland. Indeed, when he was finishing up his undergraduate degree in geography and geomatics he wasn’t sure if he wanted to continue on. But then came an opportunity to do a Master’s project in Labrador, where Robert is from. “The project was in northern Labrador in an area called Torngat Mountains National Park. It’s part of home, yet most people don’t get the opportunity to go there. When there was this Master’s opportunity to study small glaciers there, I jumped at it,” he says.

While Robert enjoyed his Master’s work on glaciers, he wanted to do more work on the issues that were directly applicable to the people in the northern areas he had spent time with. And that meant permafrost research, which is what Robert did his PhD on at the University of Ottawa. At the end of 2012, Robert and his coworkers set up their first station to monitor the surface climate conditions and ground temperature. By combining above-ground climate monitoring and with data from boreholes deep in the ground, they were able to get a better idea of how much of the surface climate actually makes its way into the ground and how quickly. They also used a system called ERT (electrical resistivity tomography) which sends electricity into the ground across a transect showing the contrast between frozen and non-frozen ground. It shows them how thick the permafrost is and how far down it goes.

“There’s essentially no permafrost monitoring in this part of the world outside of our work and our field work is probably the only field specific permafrost study in the past four years in the area,” Robert explains. “We have a five-year record now which isn’t long enough to detect long-term changes. At this point, we’re trying to combine our record with modelling to predict future conditions.”

The results of their modelling work will be important for the Labradorians. For the most part, the communities of Labrador have been built on rock rather than permafrost, but there are some that have felt the impact of permafrost thawing. For example, in Nain (the northernmost community in Labrador) there are small patches of permafrost within the community. There have been a few instances of permafrost thawing and buildings sinking into the ground. “We’ve tried to work in that community to identify areas of permafrost and potentially suggest better areas to build and expand,” says Robert. “There’s a very large cultural centre for instance that has been built in Nain on permafrost, so we did some work on that briefly looking at how thick the permafrost was. In the time since they have updated the building to make it resilient to permafrost thaw.”

Labrador—like much of the North—has experienced a lot of warming which is affecting not only the permafrost but the ice as well. “The permafrost is certainly important, and the fact that the glaciers are shrinking is quite important, but the ice affects people the most,” Robert reveals. He says deteriorating ice conditions are the dominant climate change that’s been seen locally in the last five years. Many of the communities are not road accessible, so the inhabitants must snowmobile across the sea ice to access other areas, communities, and do traditional activities. In some cases, despite having air temperatures suitable for ice formation, the ocean temperatures have been too warm, or the ice has melted from underneath making it thinner than it looks. Over the past decade, northern communities have struggled with people going through the ice and losing ski-doos and snow machines.

Their work, especially in the communities, wouldn’t have been possible without their partnerships with the Nunatsiavut government (the local Inuit government) and with Parks Canada who operates Torngat Mountains National Park. Logistical challenges are one of the biggest reasons work hasn’t been done in this part of Labrador before. “We’ve been pretty fortunate with me being from the area and having an Indigenous background as well,” Robert says. “It’s not like the area has been purposely ignored. There are a lot of challenges to doing field work here and luckily enough it’s worked out that we’ve been able to do it.” 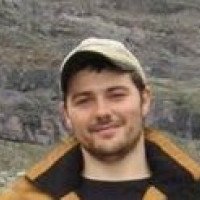 Robert was a postdoctoral fellow in northern environmental change at Memorial University of Newfoundland. He is currently an Assistant Professor in the Department of Geography and Planning at Queen's University.
Website Twitter 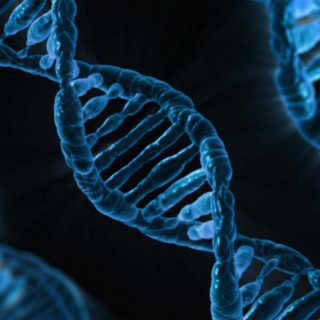 “The ultimate dream is to use nanoparticles to build little robots that we can send into the body to deliver drugs or repair cells."
Explore more stories
© 2020 Academic Media Group International AB. All rights reserved.