Jeff Nivala has always found inspiration in nature. “Even the most complex human-made machines cannot compare to what biology is able to build,” he says. “We as humans have a long way to go in advancing technology to rival that of what we’re made of.” Jeff is up to the challenge though. And while his ideas are big, the scale of his work is quite small—nano to be exact. He’s fascinated with the idea of tinkering and building new things at a molecular scale. Jeff is a Research Scientist at the University of Washington currently working on new ways to read and write data using nanotechnology and biology. As part of his Postdoc research at Harvard, he and his colleagues developed a way to store data, such as images and even a GIF, in live bacteria by using an encoding method inspired by Mother Nature. It may sound a little gimmicky to the general public (especially the GIF part), but for the scientific community this innovative, creative experiment redefined current technological limits.

Creativity is key when you’re exploring the intersection of technology and biology in ways no one has before. Creativity, and a little thing called CRISPR. If you’ve somehow missed the CRISPR hype, CRISPR is a molecular tool that be used to permanently edit specific sections of a living organism’s genome by exploiting the natural way bacteria protect themselves from infections. When a virus attacks a bacterium, the bacterium cuts a segment of the virus’ DNA and pastes it into a specific part of its own DNA. If the same type of virus attacks again, the bacterium will now be able to recognize the virus and fight it. When the bacterium reproduces, the virus’ DNA segment will also be passed on.

Jeff and his coworkers used CRISPR to engineer some pretty cool technology and prove that it’s possible to store non-genetic material in DNA. In their case, they chose to store a black and white image of a hand and a five-frame GIF of a galloping horse in E. coli. They were able to then “view” the images and GIF with 90% accuracy by sequencing the bacteria’s genome. These proof of concept experiments pushed the technical limits of CRISPR to show that this type of complex information storage is possible and earned the group papers in Science (2016) and Nature (2017).

Now that they’ve shown that it’s possible to store more complex information, the next goal is to enable cells to store information in their genomes about their own functions. They want to use similar technology to enable neurons to record information about their own development process so the researchers can study how the brain develops. It’s this kind of out of the box thinking that is helping Jeff and his colleagues to take technologies in new directions that wouldn’t be possible using conventional materials such as metal, silicon, or plastic.

Jeff has been involved in synthetic biology since his undergraduate days at the University of Washington where he was part of its first International Genetically Engineered Machines (iGEM) team in 2008. For his PhD at the University of California, Santa Cruz, he developed a way to identify proteins at the single-molecule level using nanopore sensing technology, which he exclusively licensed to Oxford Nanopore Technologies. Jeff then moved to the east coast for his Postdoc at Harvard Medical School where he did the CRISPR data storage research in George Church’s lab. After finishing his Postdoc, Jeff decided to return to the University of Washington. At Washington, Jeff is continuing to do cutting-edge information storage research. “[Washington] is a great environment for me to pursue my own research passions,” he says.

Jeff is making headlines with his research, and it even earned him a place on Forbes Magazine’s 2017 “30 under 30: Science.” He plans to continue pushing the limits of technology and engineering. At this point in his career, he’s not ruling out a move to industry or conducting research outside of an academic environment. Jeff is just focused on following his interests. “My career goals have always been the same: To have a job with freedom to do cool science that I think is interesting. The title of the position, or whether it’s in academia or industry doesn’t really matter to me.” He hopes that his work inspires others to take a creative approach and think about technology in a new light. “Human history is really a story of technology,” he explains. “That’s why I think it’s important to constantly push tech into new research directions. Engineering with biology has a promising future.” 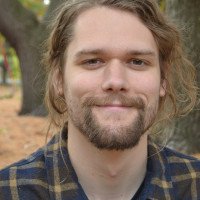 Jeff is a Research Scientist at the University of Washington working on new ways to read and write data using nanotechnology and biology. As part of his Postdoc research at Harvard, he and his colleagues developed a way to store data, such as images and even a GIF, in live bacteria 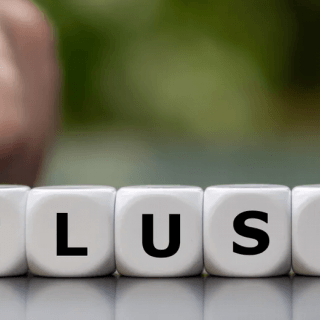