It doesn’t seem to matter how stuffed you already are, as soon as the cookies (or cupcakes or chocolates) come out, it’s almost guaranteed you’ll eat them too. What happens in our brains to makes us want to keep eating when we’re already full? Christoffer Clemmensen, an Associate Professor in the Section for Metabolic Receptology at the University of Copenhagen knows. Christoffer studies neuroendocrinology—the interface between the brain and the endocrine system. The brain and endocrine system cross communicate with the peripheral organs to control satiety or fullness. Christoffer’s group is investigating the circuits in the brain that are involved in regulating everything to do with food: food intake, food reward, and the hedonic aspects of eating.

The brain has a system to respond to peripheral factors (like circulating nutrients and hormones) to tell it when we’re full. When we have gotten enough energy from our food, these factors tell the brain that it’s time to stop eating. But, when we’re exposed to a highly rewarding food, like sugary sweets, other regions of the brain take over. They signal that we should eat this highly rewarding food despite the fact that we don’t need any more energy. These circuits override the satiety system and stimulate us to overeat.

Christoffer’s group is looking in depth at the specific signals in the brain involved in overeating. One in particular, acetylcholine, is also intertwined with nicotine addiction. Their hypothesis is that the system that nicotine hijacks may be shared with that of food reward and food addiction. “Our brain likely evolved to respond to food rewards, but nicotine from tobacco hijacks this system and probably stimulates it more potently than food—something we have only come to realize recently” explains Christoffer. Physical activity also influences these same circuits. Though it may not always feel like it, physical activity also has rewarding effects on human and animals. In fact, some studies claim that physical activity, food reward, sex, and drugs all hijack the same dopaminergic reward system in the brain. Christoffer’s group is extremely interested in trying to tease out how physical activity signal either reward or satiety in the brain. Their findings could have important implications for obesity research. Are the reward effects of physical activity obstructed or dampened in heavily overweight people? Which came first, the weight or the dampened reward from physical activity? “That’s an open question,” says Christoffer.

He started to address these topics while he was a Postdoc and Group Leader in Munich. Christoffer was part of a team of researchers from Germany and the US that was engineering new potential medication to treat obesity and type 2 diabetes by targeting classical satiety circuits. They engineered a type of Trojan Horse-like drugs. Like the famed wooden horse, the drugs use relatively large peptides to target small molecules of interest into specific organs. Some of these drugs are now in clinical development in collaboration with pharmaceutical companies, something Christoffer is quite proud of.

Since he has been, in his words, lucky enough to be able to stay in academia, Christoffer plans to continue researching how the brain handles energy metabolism and how the brain communicates with the other organs. “The brain by far is the biggest black box in biology. We understand very little about the brain. We have such a rough, pixilated image of what the brain is really like. There’s much work to be done on that aspect. One piece at a time.” 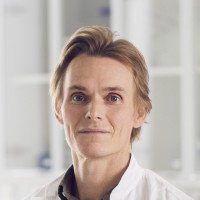 Christoffer is an Associate Professor and Group Leader in the Section for Metabolic Receptology at the University of Copenhagen. He studies neuroendocrinology, the interface between the brain and the endocrine system.
Website Twitter 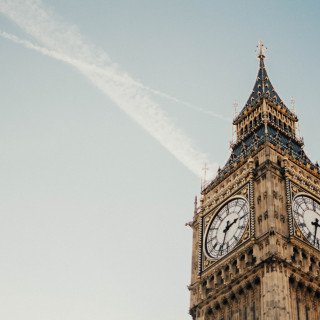