Virtually everyone seems to agree that driverless cars will dominate our roads in 10 to 20 years. It seems almost inevitable given the number of brainiacs at Tesla, Google, and other car manufacturers. But what if a self-driving car causes an accident? Are you, the owner, to blame or is a Silicon Valley programmer?

Professor André Janssen, a professor of civil law at Radboud University, argues that although driverless cars still seem far off, we need to think about the legal implications of them now if we want to be well-prepared when they hit the streets. “The necessary artificial intelligence is already here. It’s not some far-fetched research area that won’t make it to the real world for decades. It’s imminent.” The first partially self-driving cars are already in showrooms, and big companies like Google and Tesla are hoping to produce fully autonomous vehicles within a few years.

For now, liability law is clear: the owner of the vehicle is responsible in the event of an accident. Until we have fully driverless vehicles, this makes perfect sense. The computer may take over the steering wheel for a while, but ultimately we’re still the ones behind the wheel. This situation may change rapidly in the coming years, however, when we’ll no longer see ourselves as drivers, but as passengers in driverless cars. Then our expectations will be different. “If I’m in a taxi, I'm not liable,” Janssen points out. “We have to keep asking ourselves and the car manufacturers how safe we expect to feel in our driverless cars.”

After all, we don’t expect perfection from other road users. It would be nice if everyone drove without making mistakes, but the reality is different. “There’s no such thing as perfect driving, even with driverless cars,” warns Janssen. “Isn’t ‘better than what we have now’ good enough in most situations?”

This doesn’t mean that there still aren’t some difficult issues to be resolved, especially when it pertains to criminal law. Should Elon Musk go to jail because your driverless car hit a pedestrian? And if your autonomous vehicle exceeds the speed limit, who should the authorities send the fine to? “For the time being, we can only respond to dilemmas of this kind with the laws and rules that already exist. We’ll soon discover whether that will be enough,” says Janssen.

Are horror scenarios, in which we humans are blamed for mistakes made by robots, all that we can imagine? No, there are advantages as well. “I imagine that insurance premiums will go down in the future,” says Janssen. “If self-driving cars means fewer accidents, there will be less damage to be compensated for and current premium prices will be increasingly hard to justify.”

Radboud University is the perfect place for Janssen to explore the intersection between AI and law. It’s one of the top law schools in the Netherlands and its researchers enjoy a high degree of research freedom. The university encourages out of the box thinking and an interdisciplinary approach to research, two of the things that Janssen enjoys the most about working there.

Janssen foresees a chain reaction once driverless cars become more common. If car insurers are going to claim damages from manufacturers, a company like Tesla may decide to set up its own insurance company. Governments may change their traffic policies. Laws will have to be revised, and companies will opt for new revenue models. In short, many changes are expected in the upcoming decades.

There are interesting times ahead for lawyers working at the crossroads of law and artificial intelligence. Although the law may appear solid and unwavering from a distance, up close there is plenty of room for uncertainty. Each new situation, including impending driverless cars, must be tested against the existing law. Through think tanks, debates and trial cases, we will discover how prepared the law is for the new situations created by technology. 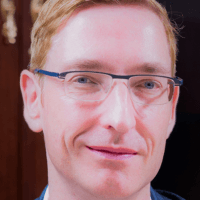 Professor Janssen is a professor of civil law at Radboud University. He is an expert on private law, especially where contract and tort law, European private law and international sales law, and artificial intelligence and law are concerned. He is the chief-editor of the European Review of Private Law (ERPL) and board member of the German-Dutch Lawyers Association.
Website 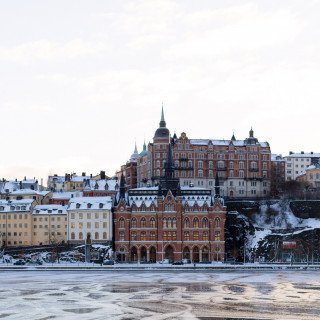