One day, Derek Rosenzweig saw a medical student in their orthopaedic research lab playing with a little 3D printed plastic matrix. It was for a project to model intervertebral disks and vertebral bodies. Derek thought it was pretty cool and, seeing the crisscross pattern, said they could probably use it as a scaffold for cells. He and his supervisor at the time, Professor Lisbet Haglund, decided to see if they could get the 3D printed material to support cell growth and protein production. They bought a $1,000 desktop 3D printer from a local office supply store and started printing. When they put cartilage cells and intervertebral disk cells on the printed scaffolds they grew like crazy. The cells produced proteins and filled in the empty spaces with more cells and matrices. With their cheap 3D printer, Derek and his colleagues made elaborate, geometric scaffolds that looked like bone substitutes in a matter of minutes. “The cells thrived on them and built the matrix as they were supposed to build them according to their cell type. They behaved as if they were in their native environment. It was really cool,” says Derek.

Their project showed that it’s possible to 3D print scaffolds for tissue regeneration for literal pennies. “We’re essentially the pioneers of using these cheap machines (in this context). What we showed is that with them we can do what other universities are doing with machines that cost like $10,000 to $250,000,” explains Derek. Scaffolds printed on these machines can’t be implanted in people, but they have been successfully implanted in animals. Derek took one of their scaffolds to the lab next door where it was implanted in the mandible of a rat with jaw necrosis. New tissue grew on the scaffold and didn’t cause any problem for the rat. “We’re really pushing this idea that you can rapidly advance the research by using inexpensive machines and inexpensive materials,” says Derek. “Yes, it might not go to the clinic tomorrow because you can’t just put those things in a person. But we can test 1001 designs and come up with a prototype which then you can have professionally made by a biomedical company to test it in people.”

Subsequent 3D printing projects have helped Derek carve out a niche as an expert on low-cost 3D printing. He’s now an Assistant Professor at McGill University in the Division of Orthopaedic Surgery. His current research is shifting away from the intervertebral disk towards bone metastasis. Patients with breast cancer, prostate cancer, lung cancer will often get metastasis to their bones, most commonly the spine. The tumors make the bones weak and unstable, which can cause the spine to fracture or collapse. This puts pressure on the spinal cord and causes intense pain. The tumor can be removed surgically, but it leaves a sizeable hole to fill. What do you fill it with? Derek is trying to design a biomaterial that helps to repair the bone defect while also acting as a reservoir to release a drug to treat the cancer. He plans to use inexpensive 3D printed materials to test several designs in animals and determine if it would ever be possible to use them in humans.

Derek spent five years as a Postdoc and another three as a Research Associate at McGill before finally landing a faculty appointment. He has some advice for postdocs who are going through a similar experience in the academic job market. “I think the most positive message is in today’s world is that it’s really hard to get an academic position, but it’s not impossible. You have to not only be at the right place at the right time, but you have to work hard, have a good network, and love what you do. Otherwise, you’re not going to get anywhere. You can’t be discouraged by what you see from other people. You can’t focus on those things. You have to think only about what you can do and what you can control. Don’t worry about the outside noise. If this is what you want to do and it’s what you love to do, then you go in 100%.” 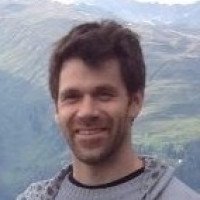 Derek is an Assistant Professor at McGill University in the Division of Orthopaedic Surgery. He is an expert on low-cost 3D printing.
Website