Joining the faculty of King Abdullah University of Science and Technology (KAUST) six years ago gave statistics Professor Ying Sun a unique career opportunity: the chance to build and lead her own research group solving real-world problems. In a traditional statistics department, a professor would not typically be expected to run a research group. Ying leapt at the opportunity and moved to Thuwal, Saudi Arabia, where she joined KAUST’s Division of Computer, Electrical and Mathematical Sciences and Engineering. She admits running her own group was a challenge at first, but she quickly found her footing. “Now, when I look back, I feel I have matured academically faster because I had this opportunity and also the resources of KAUST,” she says.

Ying decided to name her group the Environmental Statistics Research Group because she wanted to focus on the applications of statistical modelling and link her group to one of KAUST’s four research pillars: food, water, energy, and the environment. Ying works on spatio-temporal statistics and functional data analysis, meaning she develops methods and models for analyzing large and complex datasets collected as time series from different locations.

Currently, Ying is focused on modelling data related to air pollution and renewable energy, two major global environmental issues. Thanks to her position at KAUST, she has been able to expand her skill set and get involved in collecting data on environmental issues. “As a statistician before, I only analyzed environmental data. These days, I also go out to collect it, so it’s much more challenging. There are many practical issues that I’d never thought about before.” Ying explains.

Earlier this semester, she started to collect data about the air quality on campus in order to build models to predict air quality at KAUST. There are many factors that can impact air quality, but the weather is a big one. Different weather conditions can move pollution particles around and also bring new particles to a region. In Saudia Arabia, where the landscape is dominated by desert and oil refineries, the levels of particulate matter in the air tend to be higher than in other regions. Ying wants to understand the meteorological drivers of air pollution and build better models to predict air quality.

She was inspired to start this project by the KAUST community—the staff, researchers, and faculty members from over 100 different countries who all live and work on campus. When other people in the community learned that Ying was working on pollution modelling, they started contacting her to ask if she had any information about air quality. “I couldn’t answer them, but I realized that our research could benefit the community. So we decided to do something for the community,” she says.

Ying is also creating models for renewable energy, another global problem with a local connection. Saudi Arabia gets a lot of sunlight and, as a result, solar energy is becoming a popular energy source in the country. In collaboration with solar energy groups, Ying and her students are doing some statistical modelling of solar irradiance. Solar power is a promising source of renewable energy, but it’s not reliable. Changes in the weather or environmental conditions (such as clouds or sand) can cause the power to drop very suddenly. Since Ying’s group has expertise in modelling weather and climate variables, they now want to understand the impact these variables can have on solar power production.

Ying really values the opportunities she’s had to collaborate and connect her statistical methods and models to real-world problems since arriving at KAUST. “Because statistical models don’t really solve environmental problems directly, it can be hard for people to see the real contribution of our work,” she says. “If you want to communicate with someone outside of the field, the application part becomes very important. That’s the real value of statistics.” 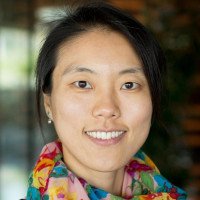 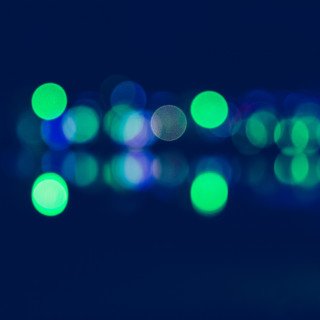