Peter Ueda’s interest in research started as a hobby in medical school. Together with his friends, he set up and ran research projects in his spare time. Their first study was conducted in Nigeria and examined the link between early life malnutrition and cardiovascular risk factors in adulthood. They then moved on to investigate the relationship between vitamin D levels at birth and cardiovascular risk in adulthood in Sweden. When they published their results, their supervisor suggested that Peter make the studies part of a PhD. “I became a PhD student due to inertia and because people told me it was a good idea,” explains Peter. “Now I’m very glad I did it. They were right.”

Peter continued looking at large datasets during his postdoc at Harvard University. His time in the US coincided with the release of the augmented reality game Pokémon Go. The game became a world-wide phenomenon and encouraged players to walk around their neighbourhoods in pursuit of new Pokémon. Because the game was portrayed as promoting physical activity, there were hopes that it would have an impact on the obesity epidemic. Peter and his Harvard colleagues decided to put this idea to the test and investigate the game’s actual impact on players’ physical activity. They recruited 560 Pokémon Go players and 622 non-players through an online study and collected information about the number of steps the participants took over a ten-week period from the iPhone Health app. They then compared the average number of steps taken each day for the four weeks before players installed the game to the number of steps taken in each of the six weeks after installation. In the first week after installing the game, the daily number of steps of Pokémon Go players moderately increased. However, over the subsequent six weeks, the effect was not sustained and players returned to their pre-installation level of activity.

Back at Karolinska, Peter is now a post-doctoral researcher in epidemiology investigating questions related to cardiology and diabetes, as well as an intern physician at Södersjukhuset in Stockholm. He’s also Sweden’s best science communicator. Earlier in 2017, the public relations office at Karolinska Institutet approached him about participating in the  2017 Researchers’ Grand Prix. It’s a competition that challenges researchers from all over Sweden to present their work in an inspiring and captivating way—in only four minutes. Peter presented his work on the link (or lack thereof) between vitamin D and MS framed in the context of the dreams and disappointments of being a researcher. “As a researcher, you want to be prudent and nuanced so I tried to be entertaining without resorting to hype or punchline-friendly conclusions based on limited data or speculations. Therefore, rather than making a point regarding the research topic itself, I focused the story on how we came up with the hypothesis and investigated it. In this way, I presented the punchline of the story on a meta-level: research is about testing hypotheses and the results are most often not as elegant or simple as you would hope,” says Peter. 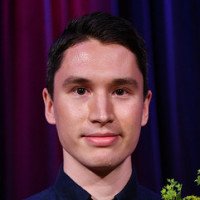 Peter is a post-doctoral researcher in epidemiology at Karolinska Institutet investigating questions related to cardiology and diabetes. He is also an intern physician at Södersjukhuset in Stockholm.
Website 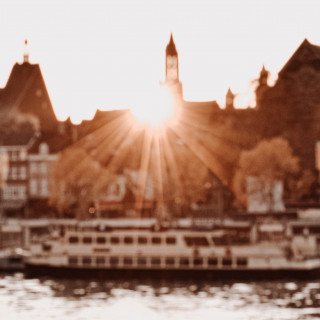 How to Use Cognitive Science Research to Create Stronger Passwords

Can't remember your passwords? The problem is with your confidence, not your memory.