It takes a good eye to identify new species of coral. “You have to have a kind of Rosetta Stone in your mind of what species we’ve already identified looks like. Because I would say 99% of the time that something looks unlike any known species underwater, it ends up being a new species after we've done our analysis,” says Dr. Francesca Benzoni, an associate professor of marine science at King Abdullah University of Science and Technology (KAUST) in Saudi Arabia. “Sometimes we do get surprised though!”

Francesca has wanted to be a marine biologist since she was a kid growing up in northern Italy. She became interested in corals during her master’s and focused on how new species of coral evolved and dispersed for her PhD. It was her expertise in corals that first brought her to KAUST years before she became a faculty member there. In 2013, KAUST was starting a large project to characterize the diversity of reefs in the Red Sea. The director of the university’s Red Sea Research Center invited Francesca to join the project as a coral specialist with plenty of experience in the region. “I just kept coming back to this region. I did the fieldwork for my master's in Yemen and then I consulted in Qatar, Kuwait, and Egypt on different coral reef monitoring and habitat mapping studies after my PhD. The more you build up experience in this region, the more you understand how special it is,” Francesca says.

The waters around the Arabian Peninsula are home to some of the world’s largest and most pristine coral reefs. Saudi Arabia, with coasts on both the Red Sea and the Arabian Gulf, is the perfect place for Francesca to compare how corals evolved in three very different bodies of water. The Red Sea is temperate up north and hotter in the south as it opens up into the Gulf of Aden. This gulf is characterized by upwelling; every summer, strong winds drive cold water up to the surface. On the other side is the Arabian Gulf where temperatures range from 14-34°C. “Combined with geological barriers, this area is a cyclotron for evolution,” explains Francesca. “You really have very strong marine organism distribution patterns that match with the geological history and the climate. Being here at KAUST and able to access the incredible open-air laboratory that is the Red Sea, what else would I want to do right now?”

Francesca’s group is looking at the macroorganisms associated with the corals in the seas around the peninsula. There’s also a whole invisible community of bacteria and microscopic algae that live on the surface of corals or within the tissue that other professors at KAUST are investigating. Researchers have found that each species of coral carries with it a unique community of associated organisms but the relationship between the corals and their macro and microorganisms hasn’t been fully investigated yet.

“We think, ‘oh, that's a coral.’ But no, it's a coral, it's bacteria, it's algae, it's worms, it's crabs. It's actually a multitasking association of organisms,” says Francesca. “We are going to look at how the diversity of these associated communities change around the Arabian peninsula, from the very tip of the Gulf of Aqaba to the Arabian Gulf. The Red Sea is the most diverse and the Arabian Gulf is the least, so the subset of species that survive in the Gulf are the tough guys. We want to find out if the tough corals are resilient because the coral is strong or if it's also getting a boost from the associated organisms.”

To conduct this research, Francesca relies on the exceptional core lab facilities at KAUST, especially the Coastal and Marine Resources Core Lab. The lab specializes in marine operations, scientific diving, oceanographic instrumentation, subsea simulation, and wet lab experimentation. The lab also operates its own fleet of boats including the country’s first fully-equipped research vessel. If there’s something a researcher needs that’s not available at the core lab, the engineers help them craft new resources. For example, Francesca is submitting a project on mesophotic coral reefs ecosystems which are found at depths it’s not possible to SCUBA dive to. Submersibles which can dive to those depths aren’t often used to sample soft marine animals like corals, so the lab’s experts are helping Francesca develop new tools to collect her samples. 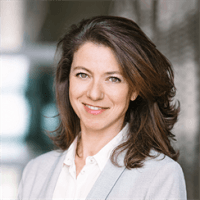 Francesca is an associate professor of marine science at King Abdullah University of Science and Technology (KAUST) in Saudi Arabia. Her research has focused on the evolution, diversity and ecology of corals and coral-dominated assemblages in the Indo-Pacific region, with a strong focus on the seas around Arabia.
Website

Prof. Dr. Petra Kluger, a professor of tissue engineering and biofabrication at Reutlingen University, is taking on the challenge to develop a model that mimics all three layers of human skin.
Explore more stories
© 2020 Academic Media Group International AB. All rights reserved.