Architecture can amaze and inspire us. While it is fundamentally practical and functional, it changes the way we engage with the world. It also has the potential to revitalize a community. Morten Birk Jørgensen, a PhD student at the Royal Danish Academy of Fine Arts (KDAK), researches architecture and societal change in outskirt areas. These are places which have struggled with significant depopulation, low economic progress and high unemployment. In his thesis he explores two case studies of architectural projects in the outskirts that took very different approaches to societal engagement.

The first case study Morten used in his thesis was the Swiss village of Vrin. Globalization changed the way the people in the village functioned, and this change needed an architectural answer. Architect Gion Caminada, who was born, raised, and still works in Vrin, spent most of his career trying to adapt the village to modernizing forces. He designed a slaughter house so animals can be processed locally, and a new mortuary building. Historically the people of Vrin kept their dead at home before they were buried, but this practice has fallen out of use. Caminada used local building techniques and continued the village’s strong tradition of building with wood. His buildings suit the town’s current needs while maintaining a connection to its past.

The second case study that Morten discussed was a small fishing town of Vardø in northern Norway. After a 30-year period of depopulation the town has only 2,000 inhabitants. The climate is too cold for trees to grow, necessitating a long history of trade with Russia. Vardø imports all its wood for construction in exchange for fish and grain that comes from southern Norway. There were several initiatives to revitalize the area, including the Stilneset memorial built by Swiss architect Peter Zumthor and French-American artist Louise Bourgeois. The pavilions built by Zumpthor encapsulate the installation by Bourgeois which memorialize the 91 victims of the Vardø witch trials in the 17th century. However, unlike in Vrin, the locals haven’t identified with this new structure. “I think if you ask the local citizens, they would have pointed at very different aspects of their past than the witch hunts. It’s not very important to them and they don’t feel guilty about it,” says Morten. Compared to the utilitarian structures in Vrin, the Stilneset memorial is intended to attract tourists and create a local economy. But when Morten interviewed the locals, they hadn’t noticed an increase in tourism or felt its benefits.

“I picked these two different cases because I think they show very different strategies: one completely grown from within and one which, on all levels, has come from the outside,” explains Morten. There are two central concepts to his approach and methodology: what is critique and what is architecture. Morten sees these two concepts are very closely related because he believes that architecture is something we define through a canon. Whether they’re specific buildings, books, or unbuilt projects, they are legitimized and invited into the exclusive canon through critique. The two cases of Vrin and Vardø are already part of the architectural canon and have been heavily discussed in architectural circles. “I have tried to use these canonized projects of architecture to discuss societal aspects that I find important. I think there is a tendency within architecture to very superficially engage in societal problems. What I have tried to do is influence the discourse so that societal aspects are considered such as constituents of local identity, which is taken into architectural critique,” adds Morten. “I have the conviction that architectural approaches and a focus on architectural problems can increase the quality of life to people all over the world. If I can contribute to qualifying architectural practice and open it to be more inclusive to all people, then I think I did my job well.” 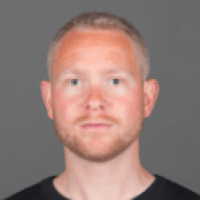 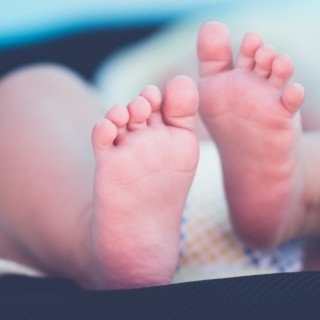 Some Aspects of Baby Talk are the Same in Every Language