Thanks to our brain’s complex network of connections, we are able to effortlessly move through and react to the world around us. But for people with strokes or traumatic brain injuries, these connections are disrupted making some basic functions challenging. Kevin Mazurek and his mentor Marc Schieber at the University of Rochester have made a discovery with the potential to help restore neural connections in patients. They have found a way to “inject” information directly into the premotor cortex of two rhesus monkeys, bypassing the visual centres.

At the start of the two-year experiment, the monkeys were conditioned to play a game of sorts. They sat in front of a board with a button, a sphere-shaped knob, and two handles in different orientations. Each time the lights around the objects lit up, the animals had to perform a corresponding action (either pushing, turning, or pulling). Once the monkeys learned to use these light instructions to perform the task, Kevin and Marc placed arrays of 16 electrodes in each monkey’s premotor cortex. The premotor cortex is hypothesized to be involved in motor planning. When you go to move something with your hand, the premotor cortex receives signals from the visual centres of your brain that allow it to tell your hand exactly what shape to make or where to reach.

Using the electrodes Kevin and Marc implanted, they delivered very faint electrical stimulation to different electrodes in the animals’ premotor cortex each time one of the object lit up. After the monkeys adjusted to receiving the electrical stimulation, the researchers started dimming the light instructions around each object. The monkeys initially struggled to perform the right action, but then they got the hang of it. When the lights were eventually turned off, the monkeys were able to manipulate the right object with over 90% accuracy based solely on the electrical stimulation instructions delivered to their premotor cortex without the cues from their visual centres.

“We weren’t stimulating to drive the movement, that’s actually the opposite of what we were doing,” explains Kevin. “We were delivering stimulation and the subjects reported that they detected it correctly by making those movements. Because they’re performing at over 90% correct, we could tell that each of those four instructions was being interpreted or experienced. We used their performance as their way of telling us, ‘okay this is what I did, and this is what I understood.’” In delivering the stimulation, they noticed that the electrodes had no underlying connection to the different tasks; the subjects learned what each electrode corresponded to by arbitrary association. After the lights dimmed and the animals learned which electrode signalled each action, Kevin and Marc shuffled the electrode assignments. Eventually, the monkeys relearned to respond correctly. “What that means is there is some sort of learning or plasticity in terms of learning the information that is being artificially delivered with electrical stimulation,” says Kevin.

The possibility of improving the quality of life of individuals with neurologic injuries is what motivates Kevin as a researcher. He started his career in electrical engineering because he wanted to perform translational research developing systems that would help people. During his PhD at Johns Hopkins University, he developed hardware that interfaced with the nervous system to electrically activate and restore leg movements. “I decided to do a postdoc at the University of Rochester because I wanted to learn more about the underlying neural systems controlling those movements. From the engineering side, I was able to build a device that could function correctly, but I felt that I needed to understand what was going on from a neuroscience perspective to design systems that interfaced with the nervous system more efficiently.”

Identifying areas in the brain where you can deliver information is the first step towards bridging connections again in areas where brain communication is disrupted. There are certain neurological conditions (like stroke or traumatic brain injury) where an individual can make a movement on their own, but when they’re instructed to make the movement they can no longer do so. This suggests there are certain areas of the brain that are still intact but just aren’t communicating with each other. “If two areas are no longer communicating you could stimulate one of the areas to try and bypass where the communication is disrupted. It might not be 100%, but they could regain some of the lost function,” says Kevin. 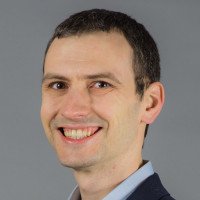 Kevin is a posdoctoral fellow at the University of Rochester. He researches neural control of hand and finger movements and works on microstimulation for restoring sensation and movement.
Website