When new cosmetics and drugs are developed, they need to be tested on skin to make sure they’re not irritating. This testing has historically been done on animals (and still is in several countries), but the demand for more ethical alternatives is increasing. Tissue engineering has made it possible to grow human skin in the lab, but most of the lab-grown testing models on the market today only mimic the top layer of our skin. Since our skin is actually made up of three layers, the current models aren’t suitable for a wide range of tests. Prof. Dr. Petra Kluger, a professor of tissue engineering and biofabrication at Reutlingen University, is one of the researchers taking on the challenge to develop a model that mimics all three layers of human skin.

The Kluger lab has recently developed a groundbreaking advanced three-layered skin model  that overcomes many of the current obstacles of lab grown skin. Petra and her lab specialize in adipose (fat) tissue, which is found in the deepest layer of skin. Fat tissue plays an important role in the irritation response as well as the storing and metabolizing of drugs, making it a vital part of an effective skin model. Their model uses different culture conditions to create fat tissue structures that are more similar to native human fat tissue. As a result, their model better mimics real skin’s barrier function making it a more effective way to test drugs for skin irritation.

In 2019, Petra’s lab started to branch into a new area of tissue engineering: cultured meat. She had always included a popular lecture on food tissue engineering in her tissue engineering course, but hadn’t thought about getting into the field herself until she was asked to give a keynote lecture about adipose tissue at a cultured meat symposium in 2018. “The focus was on fat, because when it comes to cultured meat, fat is missing. And fat is a very important part of taste,” she explains.

She went to the symposium with one of her postdocs and they found the idea of growing beef without cows fascinating. “The more we thought about cultured meat in detail, the more we realized the importance of research in this field. It would help humans get enough food, but also to reduce the emission of greenhouse gases and save water and land, because conventional production uses a lot of land,” she says. Although there weren’t many other labs working on cultured meat in Germany, her group decided to pursue it and was awarded several grants. “I am very proud of my team and the fact that we have managed to set up this new area of cultured meat in Reutlingen in addition to our biomedical research. We can use our previous methods and new ways of thinking in order to produce food by tissue engineering,” she says.

Petra started her lab in 2013 when she had a shared professorship at Reutlingen University and a job as head of department at the Fraunhofer Institute for Interfacial Engineering and Biotechnology. While she enjoyed working at the research institute, she relished the freedom she had to set her own goals and research focus areas at the university. She transitioned to a full-time professor in 2017, which also gave her the opportunity to take on a greater teaching and mentoring role. “I especially like to work with young people just starting out in research. It’s really great to help them get on the path to a career in research,” she says.

Many of Petra’s students are women. In fact, women represent around 80% of the students in the bachelor’s and master’s biomedical science programs at Reutlingen University. “It’s really important for the students to have female professors who encourage them to consider a career in science,” she says.

She’s also a role model outside of her faculty as one of two women on the university’s steering committee. Petra is vice president for research of Reutlingen University, a position she didn’t expect to be considered for.  Despite doubts, she told herself that she could grow with her tasks and decided to take a chance and accept the position. She thought she could bring a new, younger perspective to the university governance. “Women are rarely given the opportunity to hold such a position and when we are asked, we often have doubts and find reasons and excuses to decline. I decided to take the chance,” she says. 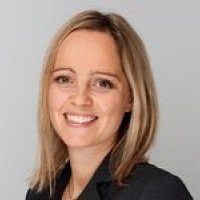 Petra is a full professor of tissue engineering and biofabrication at Reutlingen University and the vice president, research of the university. She earned her doctorate from the University of Stuttgart and was previously the Head of the Department Cell and Tissue Engineering at the Fraunhofer Institute for Interfacial Engineering and Biotechnology.
Website

"The more you build up experience in this region, the more you understand how special it is."
Explore more stories
© 2021 Academic Media Group International AB. All rights reserved.