An interest in blues music sounds more like a qualification for a musician than a PhD student, but that’s how Christian O’Connell became a historian. As a teenager, he started listening to blues music and learned to play the guitar. As he got older, he became more interested in where blues music came from. He studied geography at university but devoted whatever time he could to independent research projects on the blues. Eventually he did a Master’s in American studies focusing on the blues. When he saw a PhD posting looking for someone to work on the University of Gloucestershire’s African American music collection, it was as if it was tailor-made for him. Christian is now an Academic Course Leader in History at the University of Gloucestershire studying the spread of American and African American culture in Europe.

His current project is on the experience of African American soldiers during the Second World War. While in the US on a Fulbright, Christian read a lot of interviews and oral histories of veterans who were stationed in Italy during the war. They mostly talk about military operations, the discrimination they faced in the armed forces, and their training. “But you also got little glimpses of the interactions they had with Europeans,” he says. “What they did on their time off, the relationships they had. Some of them have collections of photographs which are really fascinating. You see them on the beach, going to tourist sites, at the dinner table at people’s houses. You just don’t associate that with war time.”

For many black soldiers, especially those that weren’t very well off in the US, the military was a formative experience. They could have normal relationships with people of a different colour and it’s generally agreed that they experienced a more welcoming white culture in Europe than back home. “It’s a very simplistic way of putting it because it wasn’t the whole picture,” Christian cautions. “For instance, in Britain people were less willing to accept the standards of segregation, but that doesn’t mean there weren’t racial incidents. Because there were.” Christian is interested in finding out how important the non-military experience was for soldiers who became less willing to tolerate the pre-war standard when they returned home. Returning veterans empowered by their service were fundamental to starting the Civil Rights Movement. How might these soldiers’ relationships with Europeans have influenced that?

One particular event in the city Genoa serves as a fascinating case study. The 92nd Infantry Division, one of the few black combat units of the Second World War, took part in a ceremony after the war to return the ashes of Christopher Columbus to the city. This brotherly ceremony was quite remarkable as only a few years before many African Americans were angry with the Italians for invading east Africa. Christian had never heard of this event until he saw a veteran’s photo of it, and neither had any of the Second World War and black military experts he asked. “It’s interesting that nobody had done anything on it,” Christian says.

Unfortunately, as time goes on, it becomes less likely that he will be able to talk to Europeans who remember this event. He has connected with a couple Italian who are still alive and remember being around the “Buffalo Soldiers” (a nickname for the 92nd Division) when they were children. He has also found some Italian newspaper clippings about their experiences. Some villages even commemorated the contributions of black soldiers in liberating their town, inviting veterans back to visit years after the liberation. The veterans themselves who wrote books about their experiences during the Second World War only ever refer to the ceremony in Genoa in a footnote or in passing. His best chance would be archival materials scattered across the US in the Library of Congress, the U.S. Army Heritage and Education Centre in Pennsylvania, and the National Archives. “I’m fairly sure that given that we have a lot of footage of other non-military events during the Second World War that there has to be some kind of footage somewhere of this event in Genoa. Especially given the scale of it. The newspapers report that 10,000 people were in attendance,” explains Christian.

This project is in keeping with theme of American and British cultural exchange that Christian has explored in his previous work. “I think overall it can tell us much more about the trans-Atlantic exchange in the early part of the 20th century, and how often we think of culture in nationalist or cultural blocks that are actually a lot more fluid. It’s acknowledging that these kinds of global connections do have effect.” 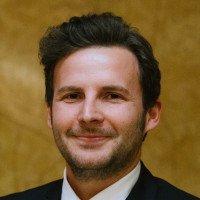 Christian is an Academic Course Leader in History at the University of Gloucestershire studying the spread of American and African American culture in Europe.
Website Twitter 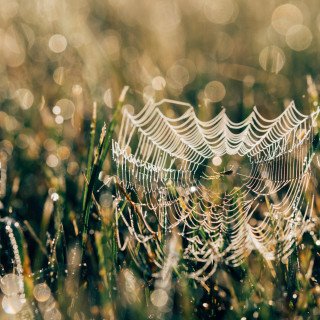