In 2019, Typhoon Lekima ravaged eastern China, causing death and destruction. A week later, Dunia Rios Yunes, from the NIOZ Royal Netherlands Institute for Sea Research, visited Shanghai to carry out fieldwork for her PhD studies. She went to Chongming, an island at the mouth of the Yangtze river in the northernmost part of Shanghai, to collect sediment samples to examine the effect of climate change on coastal areas. Dunia was surprised by what she found.

“The amount of animals that I found was so, so little. In a core in the Netherlands, you can find hundreds of animals like worms and mud shrimp per square meter. But in Chongming, you could find tens of small animals per square meter and a lot of big crabs crawling around. I was very surprised because it’s a warmer climate so you would expect it to be more active, but it wasn’t,” she says. Dunia and her colleagues had some theories about what was happening. They suspected that the small animals were being killed either by violent churning of the sediment by Typhoon Lekima, or by large sediment dumps from the river Yangtze, or by the high density of crabs. They also believed that pollution could be a contributing factor. When working with the sediment, Dunia says, “I suddenly started smelling oil and could see oil droplets around in the water. The sites we visited were downstream from Shanghai’s harbour. So, I think there are different things that could be happening.”

Dunia’s work in China was part of a 20-year collaborative research project between the Netherlands and China. The project, which involved more than 30 researchers, is now in its final stages. When she first became aware of this project, Dunia was excited not only by the prospect of working for NIOZ, a world-leading marine research institute, but also by the chance to join a well-rounded international project with lots of opportunities to gain different skills. She’s also benefited from being able to build a network of colleagues around the world early in her career.

Dunia’s sampling project in China was an extension of her research in the Netherlands. Over the course of a year, she collected sediment samples from three different sites along the estuary of the Scheldt river in the southwest of the Netherlands. Her goal was to see how nutrient cycles, animals and bacterial processes are affected by changing conditions. One important finding was that the concentrations of organic matter and its breakdown products depended more on the salinity of the area than on temperature fluctuations.

To understand the effects of climate change on the sediment composition, Dunia designed experiments where she simulated a heatwave and a storm. She explains, “I warmed the sediment up for five days at 35 degrees. I found that the concentrations of some of the nutrients inside the sediment, including chlorophyll a inside the sediment went all over the place. We got some degradation of the algae, which makes sense, because they can only resist high temperatures for so long.”

For her storm simulation experiment, Dunia used a little helicopter spinning device inside a cylinder. This mimicked the churning of the sediment in a storm. She says, “I wanted to know what happens—do we have like a huge input of these nutrients that can cause an algal bloom? We do see a very nice increase, but only in one of the two estuaries we studied in the Netherlands. In the other one, we observed the opposite.” She’s looking into the cause of these contradictory findings.

Dunia credits the supportive research technicians at NIOZ for teaching her all of the techniques she needed for her research project. She says, “I think they have been invaluable for my PhD because they went with me to the site. They taught me how to take the samples and analyse them. They also stayed with me when I was working in the lab for 12 hours straight.” She also praises the free manner in which she can confer with her supervising professors and the relaxed atmosphere around the department. Another bonus of working at NIOZ was the fact that she had the opportunity to go on a research cruise on NIOZ’s open-ocean research vessel, Pelagia.

Dunia has enjoyed her PhD experience so much that she’s planning on continuing with her research and doing a postdoc after she has finished writing her thesis. She feels supported by the close community in Yerseke, the NIOZ facility in the south of the Netherlands where she’s based. She says, “I’m just having such a nice time. I really like the nice environment of friendship, and my project is something that makes me feel challenged. If it wasn’t challenging, I would be bored, and then I wouldn’t be enjoying myself.” 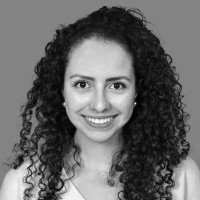 Dunia is a PhD student at the Royal Netherlands Institute for Sea Research (NIOZ) in the estuarine & delta systems department. She is investigating how coastal systems in the Netherlands and in China adapt to a changing climate.
Website 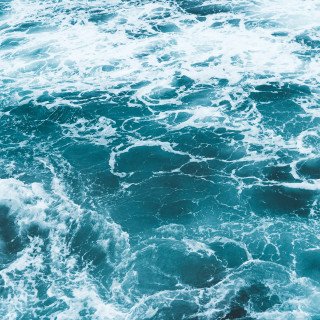 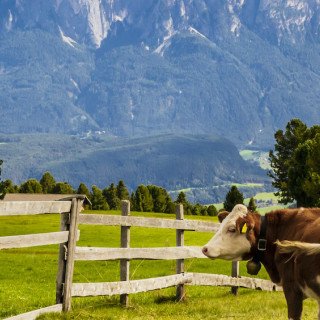