When we think about our lives, we often narrate them as stories. There is a beginning, a middle, and—sadly—an end. Despite changes in our lives, there is always a sense of continued identity throughout these stories. However, this continuity depends on our ability to make any personal changes seem to be a natural progression of our story rather than a modification to it. This becomes especially true when the change is political. In 2009, Serbia applied for membership to the European Union (EU). With recent events like Brexit, national identity and sovereignty have become central to discussions of EU membership. In Serbia, national identity arguments are used to either support or resist EU integration. Sandra Obradovic, a PhD Student in the Department of Psychological and Behavioural Science at the London School of Economics (LSE), is using Serbia as a case study to explore the role of social identity processes in political change.

Sandra enjoys the very societal approach LSE takes to psychology. Her program emphasizes culture, ideology, societal groups in shaping the attitudes, behaviours and perceptions of individuals. In fact, much of her motivation to continue on to a PhD at LSE after finishing her Master’s came from the university’s academic community as well as her desire to explore more real-world issues through research.

“My research asks what it means to be European and how and when is this compatible (or incompatible) with a national identity,” says Sandra. “In the European context, it has been argued that incompatibility occurs by treating national identity as predominantly cultural, and European identity as a separate, civic identity.” Focusing on a country that hasn’t yet joined the EU allows Sandra to unravel how the process of integration is connected to questions of identity. “This topic can perhaps best be summarized by a quote from one of my participants who said, ‘We are striving towards joining the EU and we’re praying to God that we never join the EU.’ This seemingly contradictory statement highlights the tension that individuals and groups experience as they try to reconcile change with continuity,” explains Sandra.

The biggest discovery to come out of her research so far is that national identity is shaped both by how we self-identify and how we believe others identify us. “While this statement is nothing new among social psychologists, my research used qualitative (semi-structured group discussions) and quantitative (questionnaire) data to illustrate the importance of compatibility, power-relations and recognition in the negotiation of a national and European identity,” says Sandra.

She conducted nine focus groups in seven Serbian cities where participants discussed questions of history, politics, international relations and expectations for the future. She found that two key themes emerged. The first was how Serbia’s practices, values and norms would be either undermined or promoted when the country joined the EU. The second was that a perceived negative Serbian identity meant joining the EU would entail becoming less Serbian and more Western European (entailing strong individualism, capitalism, and lack of familial values). Sandra then used a questionnaire to test these findings with a larger group of 1,098 Serbians. The survey asked participants to rate seven different countries in terms “Europeanness”, and then to rate them again from the perspective of a German person. The first set of ratings showed how representative Serbians thought their country was of European identity, and the second showed how representative they thought others saw Serbia to be of European identity. The results indicated that when Serbians saw their country as less European (both in their own eyes and in the eyes of Germans) they identified less as European and more strongly as Serbian. They were also less willing to support EU integration. However, when they saw Serbia as more European in both rankings, their stronger national identity was associated with a stronger European identity as well.  These findings therefore highlight not only the importance of self-identification for belonging, but also recognition, in shaping the extent to which we think relevant others see “us” as belonging with “them”.

Sandra is inspired by the fact that ideas which seem so simple, like identity, can explain some of the most complex socio-psychological processes observable. The meaning we give to an identity can shape and change how we relate to other social groups or even nations. “I hope to add some insights into our understanding of national identity and nationalism, not as something inherently negative, but rather as a flexible notion of belonging which can become mobilized for very negative reasons,” says Sandra. “National identity and nationalism can also be very positive, creating belonging, meaningfulness and community with others.” 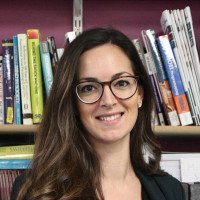 Sandra is a PhD Student in the Department of Psychological and Behavioural Science at the London School of Economics. She is using Serbia as a case study to explore the role of social identity processes in political change.
Website Twitter 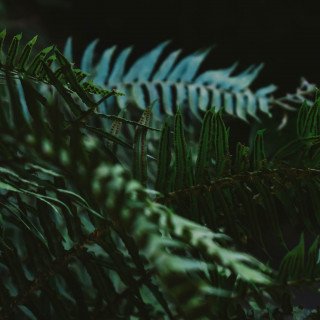